Futuristic Central Vacuum from the Past

Home>Blog>Futuristic Central Vacuum from the Past
Previous Next

Futuristic Central Vacuum from the Past

Imagine a central vacuum system for an entire city? Sounds crazy, right?  Well according to recent article “New York’s Futuristic Central Vacuum System that Never Was” by PaleoFuture, this was an innovative idea in the early 1920s.

With New York City overwhelmed with trash, Science and Invention magazine proposed a new central vacuum system for the entire city.  Stating that it could save the city hundreds of thousands of dollars, “the magazine claimed that the new system would also eliminate many diseases and drastically cut the mortality rate.” 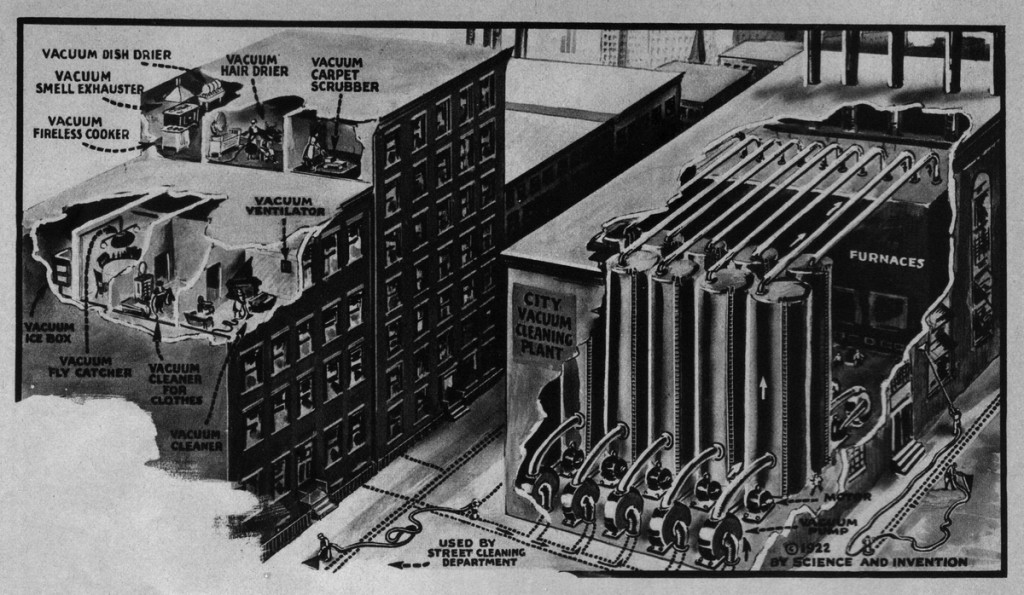 According to the magazine, “the vacuum cleaner terminals along the street will resemble our present fire hydrants, and in one scheme it is suggested that street cleaners will draw the dirt and dust from the pavements and streets by means of long hoses, on the ends of which will be fitted suitable metal mouths, similar but larger than those now used in the home vacuum cleaner.”

Well, the idea wasn’t too far off, as we now have central vacuum cleaners in the home that provide cleaner air and convenience.  However, we’re not too sure if installing a central vacuum system throughout an entire city is the most effective idea.  So, for now we will stick to in-home installations.  What do you think of this proposed early 20th century idea?

About the Author: admin